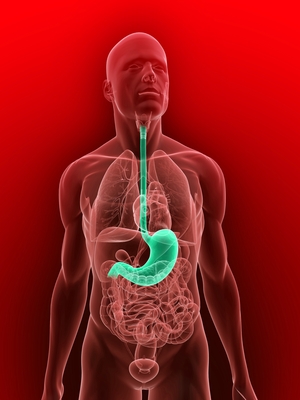 Western medicine offers many options for bile reflux treatments that in fact don’t work.  They may provide temporary relief in the short term, while actually making people sicker in the long run.

Western doctors WON’T tell you anything promising about bile reflux treatment because they simply DON’T know how to help you.

I received the diagnosis – “incurable” bile reflux disease from my gastroenterologist after several painful and expensive tests two years ago.  This was after struggling with chronic bile reflux several times a month over the past 20 years.

After having a child 5 years ago, I became sick almost every day with constant bile vomiting and gallbladder pain.  I developed a hiatal hernia as a result of the constant vomiting, migraine headaches, bile reflux gastritis, stomach pains and intolerance for most foods, losing 25 pounds in the process.  I was unable to function at all! -. I could not eat, sleep or think straight.

If I did not have my family by my side motivating me every day, I was truly ready to end my life.

Couple words on what actually Bile reflux is.

Most of us are familiar with, or suffer from, acid reflux.  In order to determine what causes your pain, your doctor may perform a variety of tests – including endoscopy and a special test that checks what types of digestive juices are coming into your esophagus.   If the substance is acidic, then a stomach acid is involved.  If the substance is alkaline, then it is bile causing the trouble.

Sometimes, acid and bile reflux happen at the same time because of weakling of the esophageal sphincter, dysfunction of the pylorus valve and the complete imbalance of the digestive system.

This is the short summery of the existing well known bile reflux treatments learned from my own experience and months of research:

I was initially diagnosed as suffering from acid reflux, not bile reflux.  I was prescribed to take well-known antacids, which typically happens with bile reflux diagnoses.

I was advised by Western Doctors to take the binding bile medication, to do anti bile reflux fundoplication surgery and gallbladder removal surgery as I was complaining about pain in the area of the gallbladder.

I tried most well known Western medications and herbal remedies, special diets and life style changes usually recommend by Naturopaths Doctors.  I did not consider the surgery option since I know how invasive and tough it is on the body.

Nothing worked well for me.  I had temporary relief then became sick again.

Avoiding certain foods might help you to reduce a number of the bile reflux symptoms. It happens ONLY because you AVOID the foods you are HIGHLY ALLERGIC TO.

Most people suffering from bile reflux do not understand that the underlying cause of this problem is multiple allergies to different foods, minerals, vitamins, etc.

During the past 20 years, along with migraine headaches and intolerance to different foods, bile reflux was the biggest health issue for me.  Nobody could figurate out what caused my pyloric valve to stop function properly till I met my NAET doctor.  Together, we started eliminating my allergies to various minerals, vitamins and foods – one by one.  Very soon I started seeing positive results.

The number of bile reflux episodes began to decline significantly!

Since I have experienced bile reflux for such a long period, my digestive system is quite sensitive to all new foods.  To avoid this problem, I use self-treatment and self-testing techniques, which I will write about in another post.

Self-treatment and self-testing techniques help me to maintain the healthy digestive system and to eliminate any bile reflux episodes.

Following are 5 steps you need to know how to become allergy free and stop suffering from the bile reflux .

In the post “ How to Become Allergy Free – 5 Steps You Need to Know” you can read about these important 5 steps.

In some cases, people have invasive bypass surgery, removal pylorus valve surgery, and/or gallbladder removal that leads to the digestive tract stop function normally.  The physical damage of the pylorus valve causes the bile reflux.

However, even in these complicated cases, it is possible to make tremendous improvement through the NAET treatments.

In my new post “Why Do People Have Allergies – MYSTERY Revealed” I will explain why people have allergy and why they develop serious health problems.

I practice it every day to prevent developing new allergies and avoid serious health issues such as bile reflux.

With the right knowledge and approach you can become healthy again!  I know it from my own experiences.

If you have any questions, please leave them below.  I will be sure to get back to you as soon as I can.

To your good health,

Hello everyone…I am Tanya. I have been struggling with allergy related health issues for 20 years.
The reason I have decided to create this site was to help people to see the path to curing their allergies naturally, to restore their physical and emotional health and to get their happiness back into their life.
If you ever need to get any information, support or advice regarding your allergy and your health problems, I would be more than happy to talk to you here.

Subscribe to this blog and receive free weekly updates.

The advertisements on my site are served by AdChoices. I have no control as to their content. However, the revenue from the advertisements makes it possible for me to continue blogging. I appreciate your understanding.